Netherlands Radio Choir and Handel
All praise, this concert by the Radio Philharmonic Orchestra and the Groot Omroepkoor. Like Handel's Ode for St Cecilia's Day. St Cecilia is the patron saint of musicians, and so may certainly be sung to - even if it is not her name day. Handel based his cantata on texts by the English poet Dryden. These in turn deal with the idea of harmonia mundi, a philosophy that originated with the ancient Greeks. The idea behind this is that our universe is built according to the same laws as music. Marcus Creed, winner of ECHO awards and an Edison, among others, will lead this concert.

Vaughan Williams
Ralph Vaughan Williams was also concerned with the idea of harmonia mundi. He chose and adapted a text by Shakespeare in his Serenade to Music. In it, he has the choir members sing sometimes together, sometimes in smaller groups, and everyone is also a soloist at some point. An ideal mini-society on stage - see what music can do! 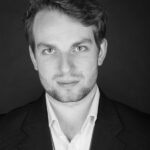