Easter concert with Beethoven and Stravinsky

Easter is ushered in by the Radio Philharmonic Orchestra and the Groot Omroepkoor with Beethoven's Mass in C. Preceded by: Stravinsky's subdued and poignant Chant funèbre.

Beethoven - Mass in C
It's not about God, or about princes, but about the man who enters the church', Beethoven said about his Mass in C. Yes, the commission for the piece came from the court, but he preferred to address the common man. Karina Canellakis leads this work full of drama and emotion, with top soloists such as Virginie Verrez and Łukasz Goliński.

Stravinsky - Chant funèbre
The still young Igor Stravinsky wrote his modest Chant funèbre in memory of his mentor Rimsky-Korsakov. He himself called it his best work before The Firebird, but nevertheless it had been lost for over a century. Then the piece suddenly turned up during a renovation of the Saint Petersburg Conservatory. Chant funèbre has romantic and Wagnerian influences. But above all, it is a moving farewell to a great example, and to a time that is over. 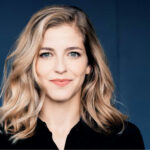 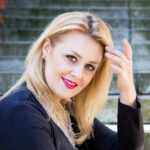 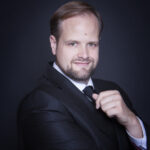